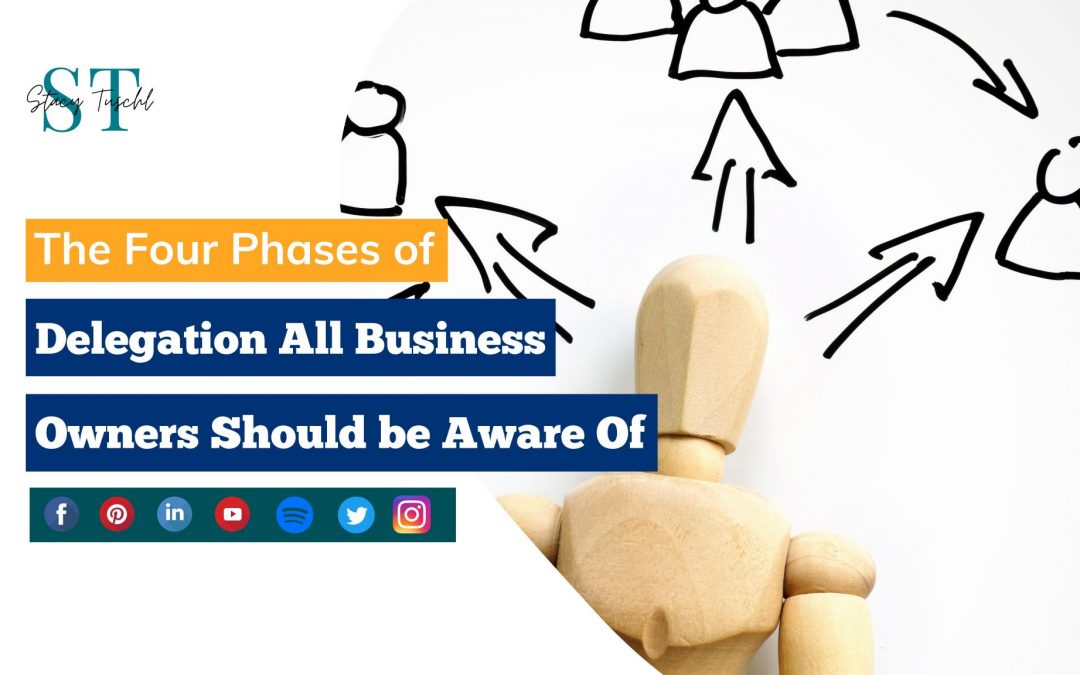 Delegation is more than just the distribution of tasks. It all comes down to transferring responsibility. And as with most things, it is best done in phases.

Think about one of your most loyal, trusted team members.

Perhaps, someone who’s been with you since the beginning of your business. Or, someone you have grown reliant on, to the point that you’ve allowed them to create their own systems in your business.

You don’t even check their work anymore since they’ve proven themselves capable and trustworthy enough to call their own shots.

Then one day, they announce their early retirement.

You know they deserve it. But at the same time, you know you have no choice but to replace them with someone new.

Now, when the new hire comes along, would you immediately delegate them the tasks their predecessor used to do?

In fact, you shouldn’t. Otherwise, you’d be setting yourself up for disappointment.

See, delegation shouldn’t look the same for everyone.

After all, delegation is not just about distributing tasks. It’s about transferring responsibility, and not everyone in your team will be 100% ready for new responsibilities. That’s why when it comes to delegating tasks, it’s important to meet your team members at the stage they’re in.

That said, there are typically four phases of delegation each team member needs to undergo before they’re ready to have true ownership in the role they play in your business.

Let’s take a look at each one:

If you’ve had disastrous results from delegation before, it’s probably because you placed an incredible amount of responsibility on someone before they’re ready.

So, familiarize yourself with the following phases of delegation and apply them accordingly to the members of your team:

Every person who is new at their job WILL make mistakes. Pretty soon, they’ll learn their way around your business. But in the beginning, there needs to be a phase where all they’ll need to do is follow your system to a tee.

This means you need to provide a system for everything you’d be asking them to do.

From preparing reports to speaking with clients on the phone, they’ve got to have a system to follow. Otherwise, they might end up creating their own systems — a responsibility they’re not ready for at this stage.

Phase 2: Create the system, and I’ll approve, deny, or modify

Just because someone is very good at following your systems doesn’t mean they’re actually ready to create their own.

That’s why in phase two, you must give your team member enough space to come up with their new systems… but still subject to your review. This will give you the opportunity to approve, deny, or modify the systems they have in mind… before implementing it.

So, whenever there’s something that needs to be decided, team members in phase two should know that they’re supposed to talk to you or a manager first.

As you finalize systems and decisions together during this stage, your team member can learn more about what works and what doesn’t work for you. The more they get things right, the more it shows they are ready to make decisions on their own.

That means after a few times reviewing their systems with you, they’d soon be ready for Phase 3.

Phase 3: Make a decision and we’ll discuss it at our next meeting and finalize a new system

As a team member takes on bigger and bigger responsibilities in your business, they’ll eventually face situations wherein they have to make time-sensitive decisions. Phase three is about giving someone the authority to make their own snap decision during these moments.

But since you’re not yet giving them full authority to create their own systems in your business, all their decisions must still be up for discussion.

You won’t be judging them based on how they acted at the moment of need to best serve your clients. But you’d still discuss what happened so they’ll know what to do in situations like it in the future.

At this stage, it’s important to not make someone feel like you trust them to make the decision… but then make them feel like they’ve made the wrong decision afterward.

So, be constructive when reviewing their past action. Do it right and soon enough, your team member would be ready for the final phase of delegation:

Phase 4: I trust you to make the best decision for the company and create a new system

After going through the initial three stages, your team member will be ready to take full ownership of their role in your business. Remember that when someone reaches this stage, it’s important that you afford them your full trust.

At the end of the day, if you’ve trained someone well enough, and if your company values actually mean something to your team and it’s not just fluff, your team would have a guide to making great decisions without you.

The bottomline is that proper delegation takes time.

If you delegate tasks to someone who’s been with you for a month or even a year, with an expectation that they already understand how things work around your business, it might be too unrealistic.

It’s even more unrealistic if things aren’t consistent around the office. For instance, if you change your products periodically, or you adjust your prices every month, it will take your new hires longer to really onboard with your company.

At any rate, you need to consider which phase of delegation someone is in before deciding what kinds of tasks they can take on.

Remember, it’ll take time for each team member to build skills. And it’ll also take time for you to build trust and let go of the things you’d normally do by yourself.

I understand none of this is easy – it sounds simple, yes, but it’s not very easy. So, if you need closer guidance on navigating these four phases of delegation with your team… book a consultation call with me here: www.stacytuschl.com/call.

Enter Your Best Information To Get All The Details For The 5 Day Traffic Bootcamp!